Migrant Bird Space started 2020 with CHINA FEVER, a Berlin exhibition of Chinese photographers Luo Yang, Lin Zhipeng (aka No. 223) and Ren Hang who focus on a young Chinese subculture that defies imposed expectations and stereotypes. The conflicted, hedonistic youth behind their lenses stand for the photographers’ own generation in urban China: playful, provocative and daring, often imbued with a dark, repressed mysticism.

The same motif resurfaces in Luo Yang and 223’s Hong Kong series one and a half decades, which puts the spotlight on Hong Kong's history and urban cultural memory. Less a critical moment than an opportunity to "unlock" historical significance, the show gives three photographic artists a canvas to sketch out another Hong Kong life and cultural history, setting up the possibility of a more complex, even contradictory, look at Hong Kong's youth and youth culture.

Between timelines that open and close, between chance and necessity, the interplay of exterior and interior gives rise to a web, a dialectic, a dialogue. History, with its different riffs on the same key, acquires greater depth and demands further reflection.

Compared with the current Hong Kong youth culture narrative, this vision may prove small or even insignificant in spatial and temporal reach. But at a moment like the present, we seem to be realising that Hong Kong has a different kind of pivotal significance.

Youth culture is a guide to "desire". It allows us to daydream about the possibilities of Hong Kong's future and past. Youth in Hong Kong offers different possibilities when it comes to forms of participation. In the conventional and traditional definition of the "key", the key attributes of Hong Kong's youth cultural history are binary opposites: important and unimportant, visible and concealed, desire and “no".

"For people growing up in Hong Kong, the most common question is, who are we?”

It's about identity, it's about self-exploration, and it's also something that interviewer Alexandra Leese was thinking about - being a Hong Konger - in her series Boys of Hong Kong .

She left Hong Kong at the age of 11 to study in the UK with her sister. After secondary school, she studied fine arts at Chelsea College of Art, discovering a talent in photography which led her in turn to London College of Fashion. Despite being away from home for many years, she has never forgotten the city where her childhood memories reside. "At first, it was a very private thing for me. I felt like I was at a stage where I had lost touch with the culture of my hometown, and I had a strong desire to reconnect and rediscover what I had missed.”

In the process of creating Boys of Hong Kong, Leese trains her camera on contemporary Hong Kong and its influential youth culture, including students, bikers, musicians, tattooists, and different identities under the broad category of ‘youth’. Alexandra Leese shows these young people as they discover broader horizons in this internet age and their self-awareness blossoms; she admires their social freedom and wild and rebellious attitude.

"Back in Hong Kong, I began to accept my identity as Chinese and found a different side of myself. I felt more familiar with my unknown side. I think Hong Kong has this magic. If you go near it, it has a magical effect on you.”

In the context of this youth culture, "this generation of young people has become aware of the prejudices and stereotypes inherent in society, and they are either consciously or unconsciously trying to get rid of these ideas and seek their own unique identity." This gives them another purpose: break through stereotypes, and return to their genuine and unique selves.

Social stereotypes are generally difficult to change once formed, and few attempt to explore the rationality behind them. These young people are clearly aware of them, and although they may not be able to systematically analyse and rationalise, their rebellious stance is more than a good start.

Rebellion is another common factor giving purpose to these artists, as is commonplace in Europe. Unlike the typical Asian male image of being prejudiced, lacking charm, and coming over robust, gruff and strong, these young photographers do not ascribe any default characteristics to different faces. “Aberdeen" shows a unique Asian male charm and proposes an aesthetic corrective. Exploring lifestyle and gender, the photographers also ask whether there are still stable careers and aesthetic reference points available.

Youth can thus be seen as the final metaphor and inspiration of Hong Kong's history. Between the virtual and the real, the artists’ quest is for an up-to-date and three-dimensional meaning of Hong Kong. Over a one and a half decade-long timeline, they attempt to record for posterity the lifeblood of the city as experienced from the ground up by some seldom-documented subcultures and what it meant for an extensive range of their young subjects. 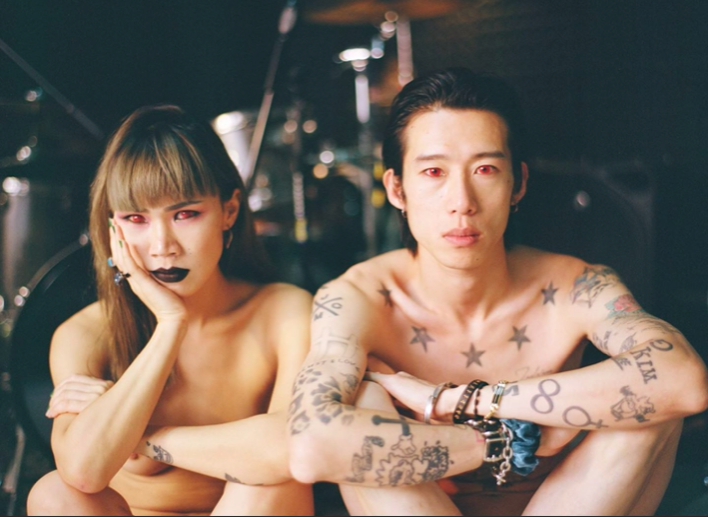