During her lifetime Qi Yafei has constantly been changing her residential address, thus causing her to live as a foreigner in every country she stops and becoming a stranger to her native environment at the same time. This constant feeling of displace- ment led her to channel these emotions into her works, examin- ing the clashes between cultural norms & traditional values and the mindset of a globalizing Chinese society. Although the two serve different purposes, “Painting and video are both my tool or weapon against time and my own life.” The former is more inti- mate and private, Qi Yafei gathers daily emotions and experienc- es into paintings. The latter is more structured, feelings and sto- ries are shaped by the artist’s personal touch to fit a specific timeline. In her latest works “Comfort Zone” and “Fall Right Back To Sleep After A Terror ”, she focused on the despair and the effect the pandemic had on everyone’s life, forcing us to face the loneliness and what once was our comfort zone, sud- denly became our confinement.

In 2017 took part in IASPIS Residency Program, Umeå, Sweden and later in 2019 in the AArtist in Residence pro- gram, Berlin, Germany. 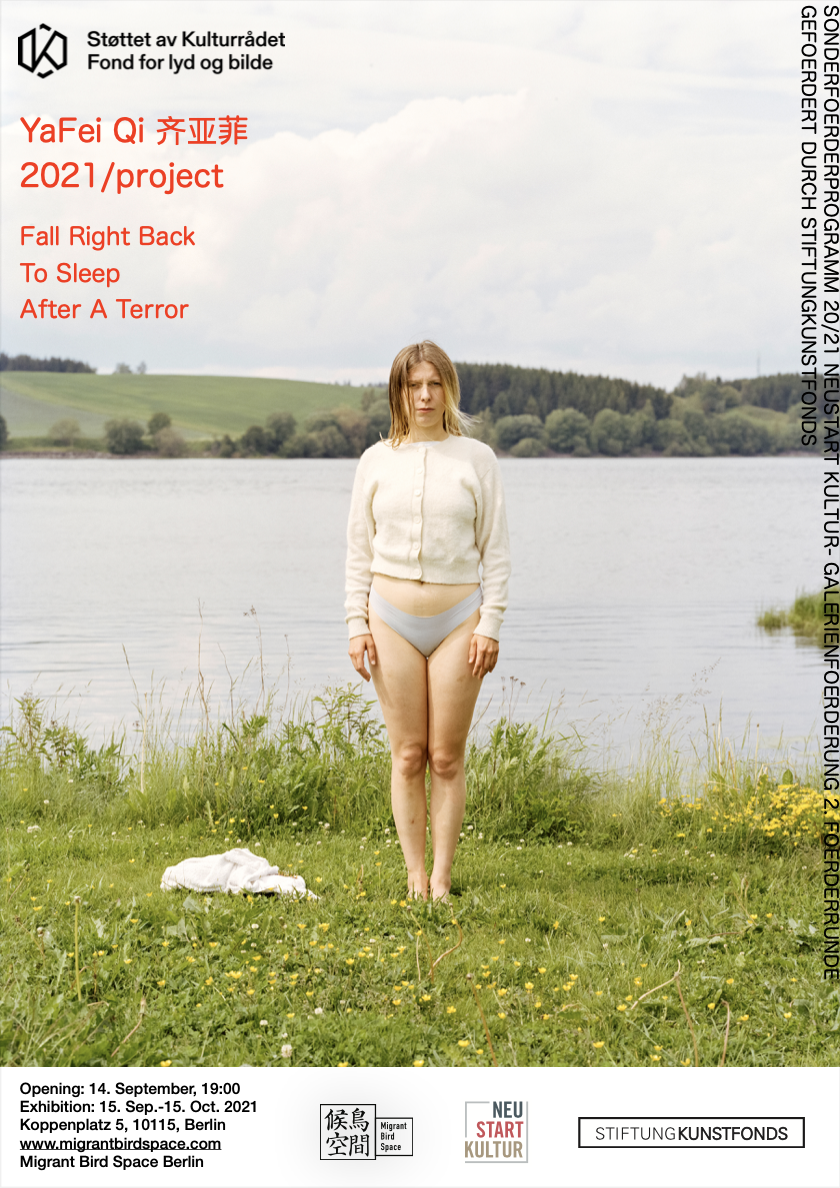