“This is real time, it is modern history in the making.”

Convincing images. This is how scientists describe the computer-generated results of neural networks like PGGAN. They identify and predict. Input to output. Faces, yes, but also landscapes. In A.I. research labs across the world, computers have been taught to alter summer snapshots to look like snowy winter scenes, to convert horses into zebras, Monets into Van Goghs.

Fake media, fake images. Fake, but convincing. I’ve been tricked by images like these.

In Frosty Morning, Shi Zheng uses the same complex algorithm, a type of Generative Adversarial Net (GAN), to predict the cover of the New York Times. Using a data set of the newspaper’s front pages over the past six years, Shi’s program launches a “perpetual newspaper generator” that can, or tries to, predict the future. For Shi, the front page is a “narrative view of our world.” In a time of fake news, fake narratives multiply. Frosty Morning reenacts their production.

Celestial Fable is based on Fluxus pioneer Alison Knowles’ computer-generated poem—one of the first of its kind—The House of Dust (1967). Using similar chance operations, its framework randomly fills missing components with grammatically appropriate words, resulting in a serial poem about planetary form. Like Frosty Morning, it uses a predictive syntax.

One of Shi’s earliest works, Embers, constructs three-dimensional photorealistic landscapes. Often called “custom worlds,” these large-scale, manufactured environments underscore the potential for sublime yet dangerously convincing worlds that resemble, but are not our own.

Shi’s systematic works are not focused on the circulation of images and media but how they are made, and in turn, how they knowingly mislead. Look ahead, distrustfully. These are pictures in quotes. 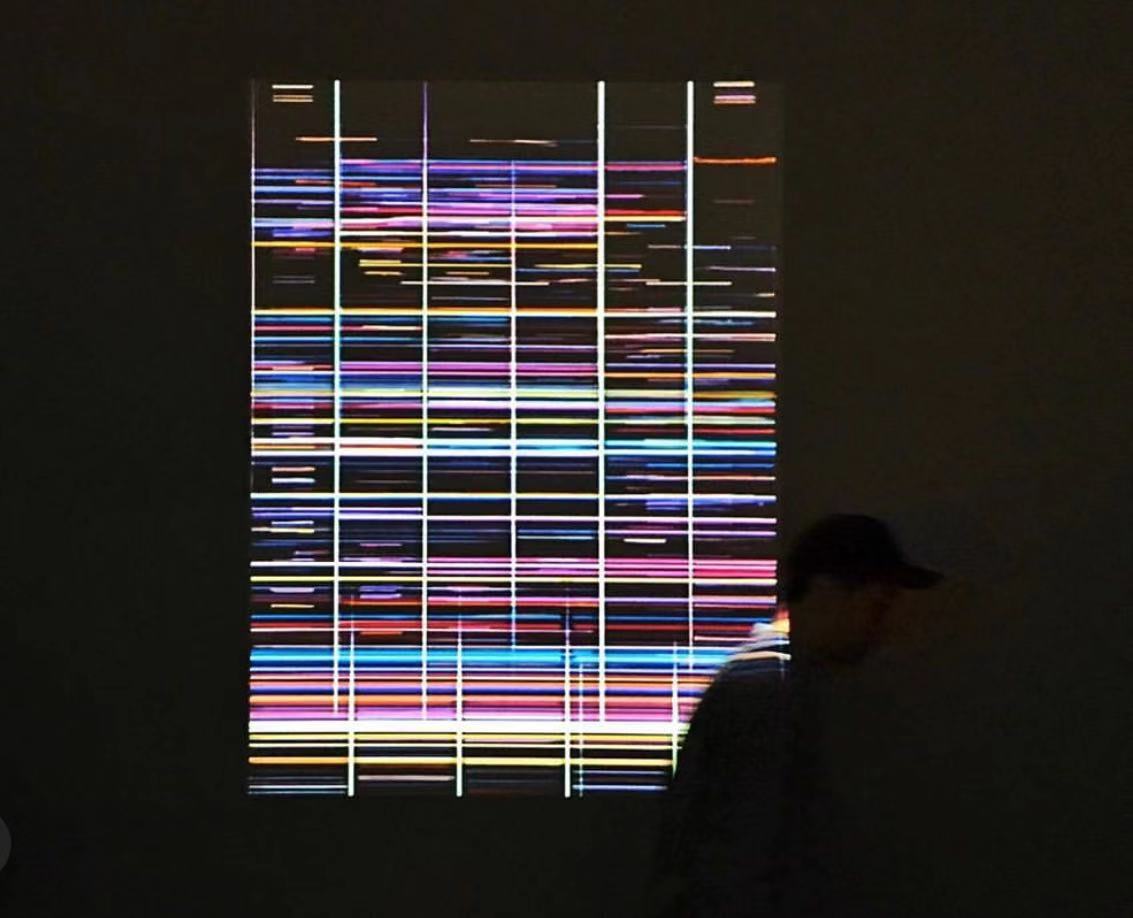